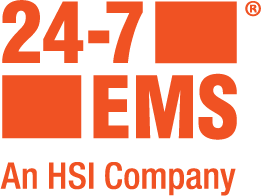 Films on Demand Academic -- More than 40,000 films are included and can be easily linked in Canvas.(See the "Link to Films on Demand" tab at the top of the Library's "Streaming Video" page for how-to directions.)

Nursing (MEDCOM) -- This is a vast collection of films on basic and advanced nursing topics. (Restricted use: username and password dispensed by professor.)

Physical Therapy -- This Films on Demand subset collection has more than 250 films on physical therapy topics.

Swank: Digital Campus -- Swank "licenses and distributes (streaming film) content to non-theatrical markets like ... U.S. colleges and universities, K-12 public schools and libraries..." The College Library has acquired Swank streaming films that support the Communication 109 (Introduction to Film Study) and 209 (Evolution of Film) courses. The films acquired can be viewed through the library's Swank link and the course Canvas links.

Free Trials -- Acorn, Hulu and others are offering streaming video trials during the pandemic. Check the links to individual companies to find out more.

Kanopy at Your Local Public Library -- check to see if your local public library offers Kanopy.